February is the month of Valentine's Day- and while it can often be seen as a Hallmark Holiday, at this house any excuse to show an extra bit of Love and we are on board.  So whether you want to show a little of the good stuff to your best friend, your soul mate or even your cat, we salute you.  But what do we actually know about Valentine’s Day, how did it even start, My uncle got a little curious so we got the scoop.

How did it all start?

There are several theories on how the kissy face holiday began, some saying it had a dark past of a roman feast where they celebrated by sacrificing animals and then whipped women with the hides of the animals they had just slain, The women actually lined up for this whipping as they believed it made them fertile. The feast even included a matchmaking lottery in which pairs would be picked randomly and coupled up for the duration (an early Love Island perhaps...?)

By the 5th century things had got a little muddled but the celebration had lost its dark origins and had become more of a drunken revelry.

As years went by the holiday became more romantic, Chaucer and Shakespeare romanticized it in their work, and it gained popularity throughout Britain and the rest of Europe. Handmade paper cards became the tokens-du-jour in the Middle Ages.

And what about cupid you ask?

So Who actually is Little Mr. Cupid? Cupid tends to be portrayed as a naked cherub (sometimes with a nappy) holding his arrow of love at "lovers-to-be".  Cupid is known for his ability to make individuals—both divine and mortal—fall in love (or flee in disgust) with his enchanted arrows.

According to HISTORY.COM long before the Romans adopted and renamed him—and way way before his association with Valentine's Day—Cupid was known to the Greeks as Eros, the handsome god of love.  In Greek mythology, Eros is thought to be a primordial god who came into the world either asexually, from an egg, or the son of Aphrodite.  Whilst in Roman mythology, we get the name Cupid, which means “to desire” so Cupid is, quite literally, the child of the goddess of love, Venus.

Interestingly, far from our common image, in classical Greek and Roman art, Cupid (Eros) is a slender, winged young boy, but later artistic depictions of the god show him getting more mischievous, eating more Souvlaki (My Uncle also loves this!) and getting increasingly chubbier. 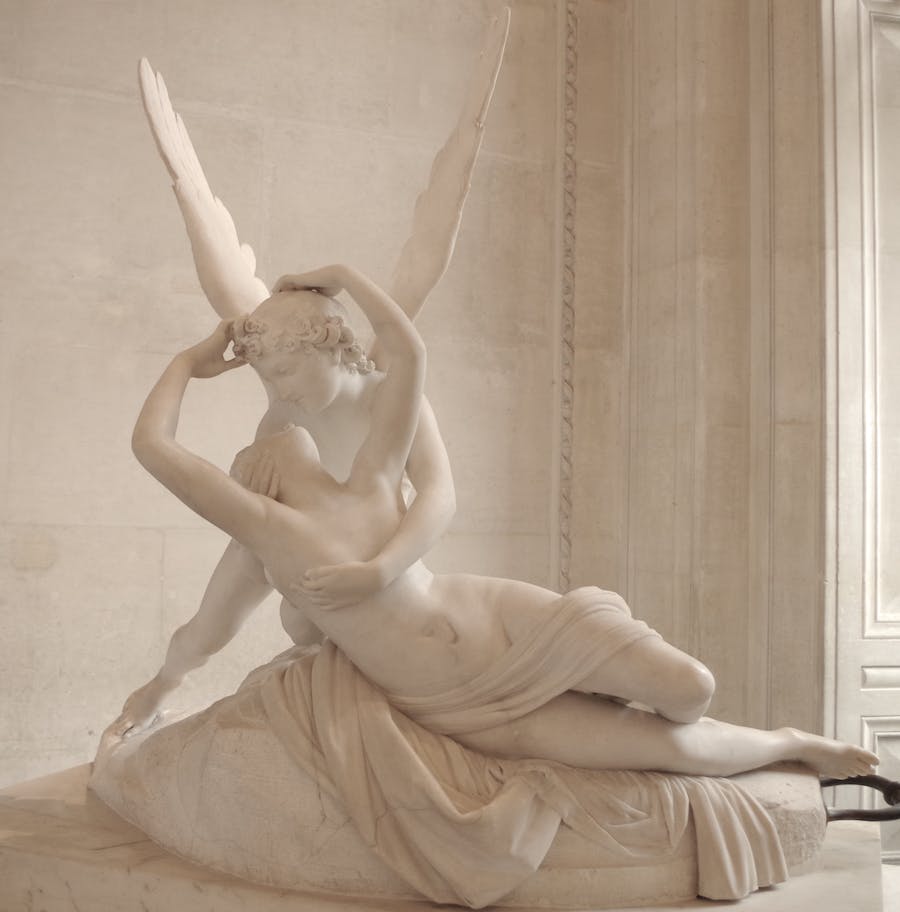 Now that you have straightened out your facts and have some knowledge behind you, you can get to work on your Valentine’s Day wishlist.

My Uncle is an old romantic at heart, and we have put together our sweetest Valentine's Day picks from the house here.